Surprisingly, Vancouver Island is the largest island on North America’s west coast. It is approximately 500 km long with a population of about 740,000 people residing all over the island. Visitors and residence alike can enjoy one of the most spetacular features of this beautiful nature spot-caves are abundant here! With 4% of its surface area being comprised of ”karst” landscapes, the highest concentration of caves in North America is found right here on the Island. We have over 1200 km2 of cave features to explore and more explored limestone caves here than in all other Canadian provinces combined. Vancouver Island is so rich in caves, with more than 1,000 recorded, that it is sometimes referred to as the “Island of Caves“. Some of Canada’s longest and deepest cave systems are found on Northern Vancouver Island. There, hundreds of caves have been surveyed since systematic exploration began in the early 1970s, including some with over 10 kilometres of mapped passages. 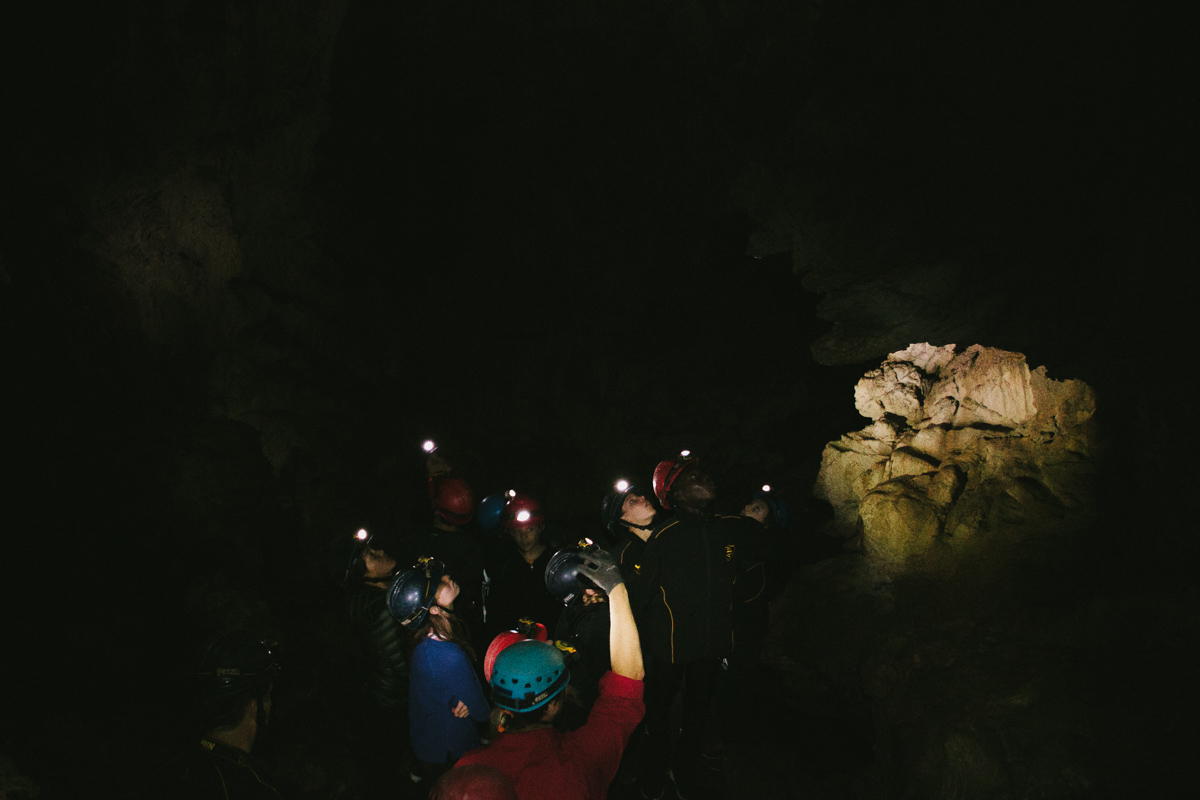 Vancouver Island’s cave and karst landscapes are globally significant ecosystems. Any article on the biology of caves can at best only scratch the surface of understanding the ancient mysteries of our interdependence on caves and their inhabitants, or the intimacy of specialized plant and animal communities that thrive in the pores of the earths living, breathing skin. Caves have become the last refugium for many ancient types of insects, which are no longer found free, in the open, above ground, in the region. The cave fauna thus represent, at least in part, relicts from the past. Cave insects, when suddenly exposed to the outside world, often die very quickly.

Without distinction of day and night, the climate in a cave is remarkably unvaried year round. Although there are steady air currents violent winds and storms are unknown.  Humidity changes very little and a river flowing or water seeping in from the outside insures regular quantities of nutritive material so foraging can occur without having to leave the underground.  The bats that feed outside but sleep in the cave likewise provide massive deposits of organic matter by way of fecal droppings and dead bodies.

In addition to bats, a variety of other animals penetrate caves for sleeping or for over-wintering: butterflies, flies and other insects, bears, and even humans. The cave environment is thus recognized largely by negative characteristics, viz. absence of light, lack of rhythm of day and night and of seasons, scarcity of available food, limitation of living space, restricted freedom of movements, absence of contrast, absence of marked changes in temperature and humidity.

The ultimate source of food for all cave animals lies naturally outside the cave. Rivers carry in cadavers and other organic debris. Fungi which develop on this detritus provide food for many cave dwellers. Bat guano represents another source. Lepidoptera that enter caves for sleeping are preyed upon by cave crickets. The caverniculous Collembola feed on colloidal matter on the water. The Collembola and cave beetles are devoured by spiders and myriapods. All these activities go on in total darkness.

Many of Vancouver Island’s karst eco-systems have been degraded or destroyed by logging operations, mining and other industrial activities.  Roads and quarries are often developed without due consideration for the underground phenomena of caves and the species that call them home. Soil loss, and bedrock disturbances can destroy a cave that has been inhabited by colonies of bats for centuries. Quite often cave entrances are used for disposal of unwanted slash and a considerable amount of smaller debris ends up washing into cave entrances during rain events and snowmelt. These accumulations smother vegetation, destroy wildlife habitat, and cover deposits of scientific interest.  Sometimes cave entrances are completely blocked and underground rivers are clogged with debris and silt. Oil spills, fecal contamination and pesticides can infiltrate directly into karst aquifers.

It is easy for visitors to view caves as durable passages of solid rock with patches of gravel, silt and mud – adventure playgrounds that can take unlimited punishment.  However, many caves contain naturally white calcite crystal deposits that build as slowly as a cubic centimeter a century.  Mud tracked across such formations becomes sealed into them in a permanent stain as deposition continues.  Broken formations many centuries old may never rebuild.  Disturbance of silt and gravel layers may destroy the context of organisms, bones or artifacts, and with it much of their biological, paleontological or archaeological study value.  The only habitats of tiny, cave-adapted, aquatic creatures can be destroyed by contaminating pools with mud or altering stream flows. Going caving with an established group or club can ease damage of pristine or fragile cave features because new cavers will learn about cave conservation and safe practices from other experienced cavers.

The fragility of caves  is not necessarily obvious, and a number of well-known caves on Vancouver Island have been seriously damaged, not just by vandalism, but also by uninformed visitors.  In caves, as above ground, understanding the environment and how easily we can damage it is crucial to the continuation of “the circle of life”. Conservation efforts at Horne Lake Caverns are ongoing as we work to educate the public about this amazing resource.

Thanks to Phil Whitfield for this article.

Check out http://www.cancaver.ca/ for more information about caving on Vancouver Island and in Canada!